skip to main | skip to sidebar

Somewhere Over the Rainbow... 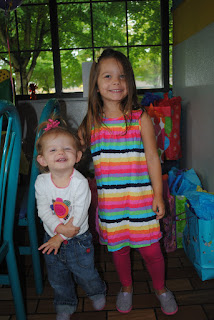 Stella girl is 4!!! She requested another princess party, but changed her mind and decided rainbows would be fun. So rainbows it was, but there was one minor hitch in our plans. Originally we were having the party at one of Stella's favorite parks. Well, it was pretty rainy and gloomy (after 80 days of sun) the morning of the party. Usually that would be no big deal...we'd just relocate to the house. Here's the hitch, we live in a basement right now and there's not much room for visitors. So in a last minute effort to salvage my babies party I called the local McDonalds. Mickey D's came through. Off to the play area and get this, rainbow room. PARTY SAVED. Instead of pizza it was fries and nuggets. Stella and her friends LOVED it. Of course, Stella had to wear her "rainbow" dress. 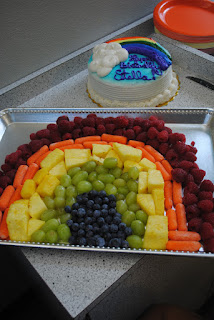 I made this fruit/veggie tray in hopes of off setting the sugar intake that was sure to take place. And I loved how Stella's cake turned out. She was very pleased too. 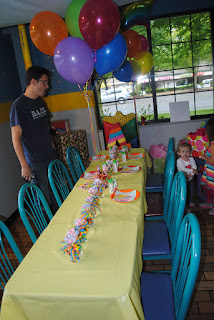 I wasn't great at taking pictures, but here's a look at the table. There were rainbow Care Bear napkins, rainbow balloons, a rainbow (or fiesta) pinata, and the party favors. The favors were little vases with M&M's in them with a bouquet of dum dums tied with a rainbow ribbon. When we have a theme...we stick with it :) 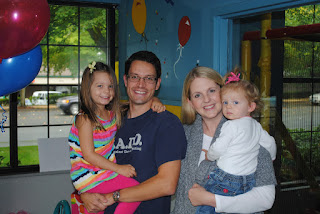 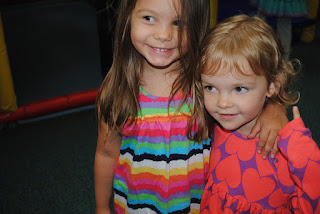 Stella and her BFF, Piper. 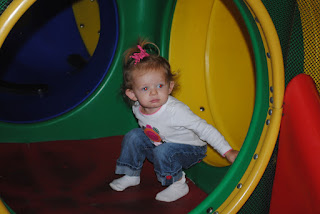 Emerson was on the go the whole time. She thought she could conquer the play area. 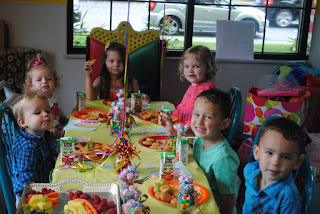 Here's the crew. I'm very thankful for high school friends. Thanks to old friends, Stella had a couple friends at her party. It's weird that I live in an area when I can catch up with old friends and meet their sweet families. Stella loves it too. From left to right...Cooper, Emerson, Stella, Piper, Hudson and Grayson. All the kids were so sweet. 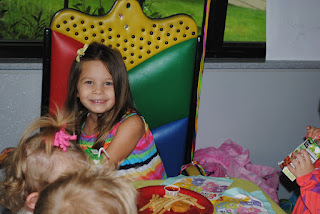 She loved the rainbow chair! 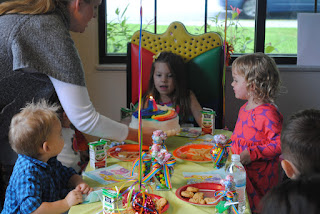 Cake time. Stella sang to herself too. 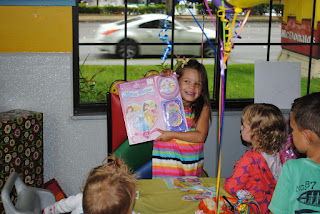 It was a rainbow theme, but princess stuff is still VERY popular. 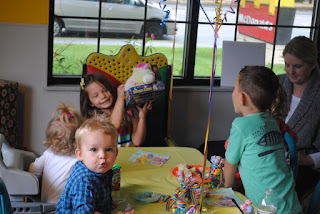 A dream light. This girl loves this present. If you're looking for a Christmas present I definitely recommend this. Stella plays with it everyday and Emerson LOVES it too. 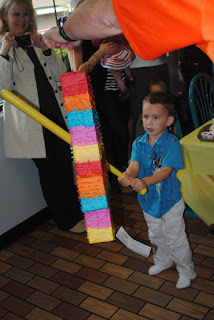 Time for MORE candy. Grayson got us started. 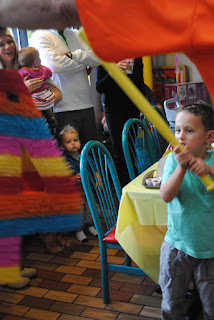 Hudson ended up being the winner to get the insides to fall out. 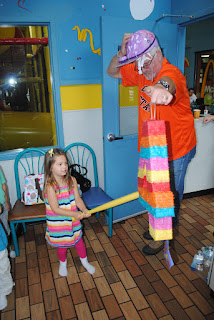 Ha! I had to include this picture because...well, seriously dad/papa?  :)
So since the party changed locations we had to make do and that meant my dad held the pinata. He was brave (the bat was a bit wild at times) and he thought he was funny wearing Stella's new bike helmet. 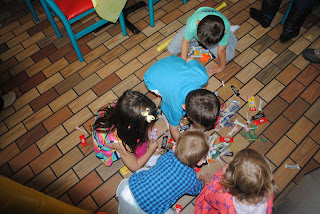 Overall it was a great day and I think Stella enjoyed McDonalds more than she would at the park.
Thanks to all who helped us celebrate our BIG 4  YEAR OLD
Posted by Sydney at 10:47 PM 1 comment: